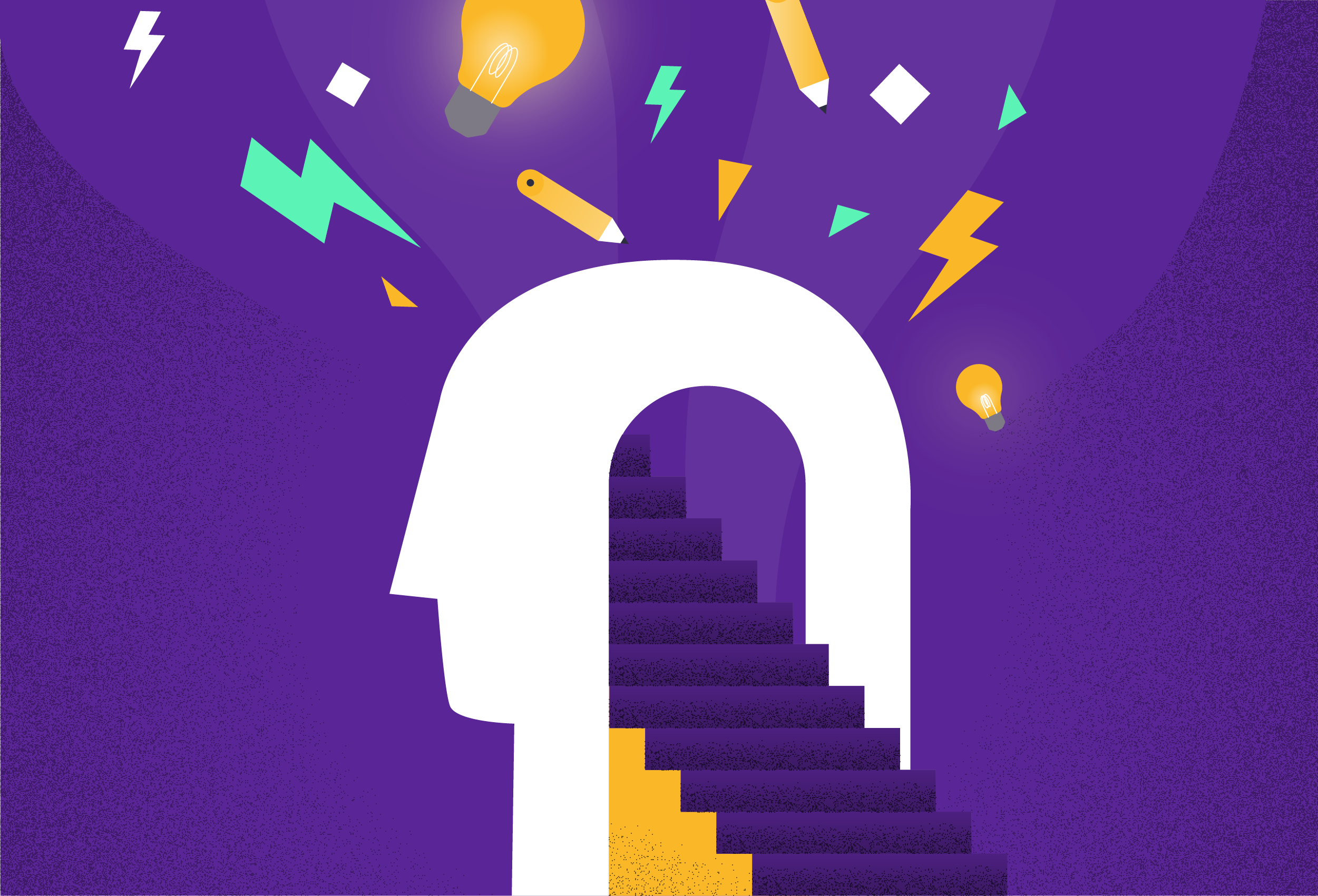 It’s a time of rapid evolution in the energy industry. The pressures of climate change are demanding heavy investment in renewables, while the digital world is affecting how consumers engage with their power purchase. Compounding that, new companies are spotting opportunities and moving in to scoop up market share. What’s a legacy energy company to do?

Such changes can be worrying and destabilising – but energy transition is here to stay, and we need to challenge conventional paradigms, Christoph Frei, secretary general and CEO of the World Energy Council (WEC), told Clean Energy Wire recently. He says that’s exactly what startups are about.

“They deliver this kind of ‘out-of-the-box’ thinking and the necessary attitude. They have no fear of reinventing everything.”

Established companies shouldn’t turn their backs on startups’ new energy. They too can benefit by thinking like one themselves: embracing risk, thinking creatively, and acting nimbly.

A startup is a fledgling business enterprise, but it could also be said to be a culture and state of mind. Though definitions vary, and it’s sometimes a word used to define a new company or simply tech companies in general, a true startup is designed to innovate, raise funding, scale up, and ultimately disrupt its market, sometimes in ways that change all of our lives very quickly.

That means taking big risks, but also means a lot of excitement, invested staff who believe in the company’s goals and values, and maybe even the potential to change the world.

What startups are making waves in the energy world?

Take company Northvolt, which creates greener lithium-ion batteries. It’s one of many green startups fostered by its native Sweden, which has policies targeting energy efficiency with a goal of achieving 100% renewable power by 2040 and net zero carbon emissions by 2045.

Northvolt started with the goal of solving a major problem in the battery world: disposal of spent cells and the necessity of ongoing mining for new minerals. Beginning with sustainability at its heart, the company decided to close the loop on the battery ecosystem by focusing on recycling, circulating minerals back into new batteries and reducing mining and waste. Instead of simply accepting the status quo of the battery world or ignoring it, Northvolt put the waste problem at its core, seeing it as a massive opportunity. That’s one of the characteristics of startup culture.

In just three years, Northvolt has gone from a handful of staff to 500, becoming Europe’s response to the Asian dominance of global battery manufacturing, as pv magazine describes it. With a vertically-integrated structure, it buys battery raw materials of nickel, cobalt and lithium directly from mines, and also focuses on using energy from sustainable sources; and with Sweden’s cheap hydropower, that cost should get cheaper as time goes by. Northvolt has now partnered with Volkswagen to build a new factory in Lower Saxony, Germany, but the company aims to infiltrate the battery world in all applications as well as automotive: grid, industrial, and portable applications.

Germany is also a green pioneer. With wildly varying estimates of between 6000 and tens of thousands of new green startups, Germany’s famed Energiewende (energy revolution/transition) meant it’s garnered the nickname ‘Green Energy Valley’ for a plethora of businesses that are beginning to transform the energy world.

In 2018, a quarter of German startups were contributing to the green economy in environmental and climate protection, according to a report by the Borderstep Institute for Innovation and Sustainability in cooperation with the German Startups Association. Thirteen to 14 percent of those were energy startups – a very high share. Areas such as renewables, heating, transport and mobility, energy storage, and hydrogen are benefitting from fresh ideas and people who believe in a future different from carbon-heavy the one we’ve lived in for the past century.

One exciting example is Lilium, which has spent the past five years developing a revolutionary on-demand air taxi service powered by the all-electric, vertical take-off and landing Lilium Jet. With a prototype that first flew in May 2019, the company now has a partnership with the airports of Düsseldorf and Cologne/Bonn, and the emission-free, affordable flights could be in the air from 2025. However, other companies aren’t biding their time in the air-share space; Uber has a new aerial ride-sharing partnership with South Korean car company Hyundai to develop flying taxi-drones.

How to bring this quick, blazing success to established organisations? One key aspect of adopting the startup mindset is becoming comfortable with uncertainty. As technology entrepreneur and Google Cloud head of data and analytics Bruno Aziza says, uncertainty is better seen as an opportunity rather than a disadvantage. Feeling motivated by solving tough problems that have stumped others before you is one good way of knowing if you’re on the right track.

“Non-entrepreneurs need certainty,” Aziza wrote for Forbes. “And if they don’t have it, they tend to either demand it from their boss, their organization or someone else that is ‘not them’.  They see uncertainty as a lack of control.”

But he points out that regardless of the size of your organisation, you’ll always be living in uncertainty – and that’s particularly true in our fast-moving digital age, where the span of five years can completely upend everything we once took as unchanging; just look at the holiday accommodation and taxi industries today compared to life before AirBnB and Uber. And as the world has seen over the past year with the Covid-19 pandemic turning ‘normal’ life upside down, you never know what’s around the corner. Best to get comfortable with uncertainty early.

Be an employer that people believe in

You don’t need foosball, t-shirts, free beer, or any of the other cliched hallmarks of young companies. You do need your staff to believe in what you’re doing.

Startup culture is focused around hustle: the drive to constantly improve, innovate and disrupt on a grand scale. “It stops being a startup when people don’t feel as though what they are doing has impact,” says Russell D’Souza, co-founder of ticket search engine SeatGeek. That means getting staff onboard with the company’s vision.

What are the company’s values, and do staff agree with them and its direction? Does the company walk the talk on diversity, racism, sexual harassment and equality? How is conflict dealt with? Is pay transparent across genders and race? Who is rewarded, and who is ignored? How about charity and doing some good in the world? What about the day to day life of the workplace; are there problematic, sociopathic people who undermine others and drain energy? (Robert Sutton’s New York Times-bestselling book The No Asshole Rule can help with that ). Above all, do staff believe in the company?

“A company’s culture is largely an output of the people who work there… Culture is not HR,” writes Michael Wolfe, co-founder of customer service platform Gladly. “A great HR leader can help the company’s think about the culture they want, find ways to move the culture in the right direction, and monitor progress, but the culture of a company is set early and is set by the leaders.”

“The smaller the company the more responsibility is invested in each employee, and therefore a greater sense of ownership is bestowed upon them,” says Anand Chopra-McGowan in Harvard Business Review. Startups don’t always get a healthy company culture right; that depends on the founders and employees. But they do tend to have very invested employees that believe in its future. Getting staff onboard with the company’s plans for the future so they agree with its direction at a gut level can lead to them feeling inspired to innovate in all areas of business.

Startups typically enter a market with new, disruptive ideas or technology and are able to adapt quickly to a changing environment. Often, bureaucracy and governance hasn’t caught up with them yet, so it’s easier for them to embrace risk and respond to social trends and demands more quickly than their established – and slower-moving – competition.

Established power companies can experiment with this by creating an innovation lab in-house. Also known as incubators, hubs, or accelerators, innovation labs are a branch of an existing company that operates closely or completely separately, specialising in understanding customers, market trends and fast-tracking new products and services that push the boundaries of the organisation’s existing strategy and business. They can collaborate with outside experts or other companies. Broadly, by thinking outside the existing company’s four walls, they mirror the culture and goals of startups.

Global design company Ideo’s senior portfolio manager Deborah de Vries says that if the lab is properly aligned with the company’s core business, they can be hugely beneficial for large organisations, where ideas can tend to disappear into middle management.

De Vries calls an innovation lab a “dedicated safe space”. A lab needs to be physically outside the parent company, though close enough to meet with it regularly to test and co-create. Not too often though; meetings can be a time-wasting, flow-interrupting burden on creativity.

De Vries also says a new innovation lab needs to be given enough time and budget, sometimes several years, to develop its culture, find its stride and show real value. “That kind of timeline requires leaders with strong enough stomachs to ignore short-term failures, knowing it’s the only way to ensure long-term sustainability,” she says.

There’s no going back

The shift to a low-carbon future is indeed turning the economy inside out, as Clean Energy Wire wrote last year. “Policy has a crucial role to play, but ultimately it is businesses that will make the energy transition happen.”

With the world changing so quickly, adopting a startup mindset will be central to the way we run energy businesses in a challenging future. But luckily, it’s free for anyone to embrace.

Flux understands how to apply start-up thinking to your business. We take a technology-first approach to energy retail and we’re committed to helping you succeed. Talk to us.

The rapid spread of COVID-19 and its immediate social, financial and political impacts have shown that it’s nearly impossible to predict what state the world will be in a year from now. But the... 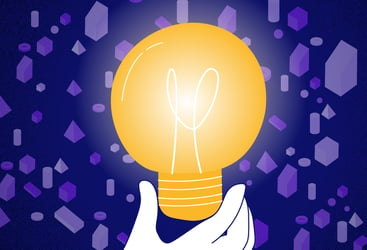 Energy has always been viewed as relatively stable and unchanging - power gets generated and sold to individuals and businesses who use what they need and pay for the privilege. End of story. But the... 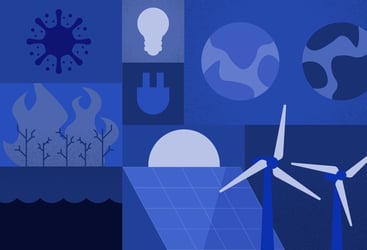 Same infrastructure, new weather: Why microgrids could be the answer

With the world’s increasing electrification, we rely on power more than ever. But climate change events such as more powerful floods, high winds, wildfires, hurricanes and storms are having a...