November 23-27 2020 marks the very first European Hydrogen Week, a series of events dedicated to the role of hydrogen in reaching the European Union’s commitment to achieving carbon neutrality by 2050. Hydrogen energy is clearly on the move, with interest skyrocketing after a few false starts. How could new and evolving hydro-technology start to impact energy retailers, and how can they move now to adapt?

It’s always seemed a shame that we haven’t been able to harness the simplest, lightest, and most abundant element in the universe to solve our clean-energy woes. But that may be due to change. Green hydrogen’s day is dawning.

Making energy from hydrogen means using electrical energy to run a current through water, splitting it into hydrogen and oxygen. It’s a simple chemical reaction with earth-changing potential. Together with renewable electricity, hydrogen can take over many of the polluting sources of energy we have currently. With new jobs and industries created, it may even help us escape some of the repercussions of COVID-19.

In the past, green hydrogen hasn’t been economic to produce without burning fossil fuels, as it requires substantial investment and uptake in renewable energy technology first. Hydrogen production has most often been ‘brown’ or ‘grey’ (using fossil fuels or as a co-product in industrial processes), or ‘blue’, (produced using natural gas but with carbon capture and storage). Green hydrogen, which bypasses pollution totally and is simply water in and water out, has long been the favoured unicorn of green-energy proponents, if only it was economically viable.

Soon, it could be. Last year was a record year for electrolysis capacity becoming operational, “awakening keen interest among policy makers”, the International Energy Agency (IEA) reported. Global demand for hydrogen (almost entirely supplied by fossil fuels) has increased year on year, and IEA says low-carbon hydrogen production is “ramping up”. With countries around the world seeking to meet renewable energy and carbon output goals, as well as encouraging a fresh industry, new effort is going into green hydrogen R&D. Governments are working on plans to help their economies recover in these pandemic-affected times, and many have included funding for green hydrogen projects. South Korea, China, Japan, France, Norway and Australia have all announced policy around investing heavily in green hydrogen research and development, as well as producing demonstration projects and national strategies, sometimes in collaboration with nations and multinational companies.

The new European Clean Hydrogen Alliance was announced in March 2020 and includes a vast array of public and private sector representation, covering renewable and low-carbon hydrogen from production via transmission to mobility, industry, energy, and heating applications. Last year, a report produced for the European Union’s Fuel Cells and Hydrogen 2 Joint Undertaking public-private partnership initiative estimated that by 2050, hydrogen production could support up to 5.4 million jobs in equipment supplier industries across the region. In early July, the European Commission published its new strategy on the technology, pledging to double its existing hydrogen infrastructure funding. And the first-ever European Hydrogen Forum will be held this month.

In New Zealand, which has particularly high potential for renewable energy production, the government is also aiming to achieve a net zero carbon economy by 2050. The country’s sole oil refinery Marsden Point has been studying how to refine green hydrogen for more than a year. Ports of Auckland, the Auckland Council-owned company administering Auckland’s freighting, cruising, and shipping centre, has committed to building a green hydrogen production and refuelling facility, with a target of becoming zero-emission by 2040. Hydrogen is viable for the company as it can be produced and stored on site, and it’s suitable for powering heavy equipment, unlike batteries. The company, along with its project partners Auckland Council, KiwiRail and Auckland Transport, will also invest in hydrogen fuel cell vehicles as part of the project.

These are just two of nine hydrogen projects currently underway in the country, and green hydrogen could become a valuable new export industry for the small nation, and for other countries that focus on investing in renewable energy.

What’s so good about green hydrogen? Its advantages are legion:

Mainly, it’s cost. Green hydrogen is an emerging industry, and production costs include a high level of electricity. Switching will require heavy investment. Some estimates have produced predictions of cost parity with fossil-fuel based hydrogen such as the International Energy Agency’s 2019 report, which predicts that the cost of producing hydrogen from renewable energy could fall by 30 per cent by 2030 as a result of the declining cost of renewables and scaling up of hydrogen production. Others believe the costs could fall faster.

So, what should energy retailers do?

With so many governments focused on investigating competitively-priced green hydrogen, its technology and production should scale up quickly. But that could leave those who weren’t anticipating the change lagging behind companies that did, along with an energetic crop of new start-ups.

Given that the IEA predicts green hydrogen’s production costs will match that of fossil fuels in 10 years, it’s wise for energy companies to become an active participant in evolving hydrogen technology now, even though the technology and the policy and infrastructure needed to roll it out are currently in their infancy.

Energy companies, as a major interface between consumers and carbon, are in a good place to be thought leaders on carbon solutions.  They’re a valuable advocate for the health and future of the planet, and indeed should be a force for change in helping both domestic and commercial energy users with the painless adoption of both renewable energy and green hydrogen. That means working to advance the technology’s development and uptake wherever possible, from answering consumer questions to supporting large-scale applications such as transportation fleet changes and hydrogen refuelling stations for vehicles, with electrolysers.

In the next few years, it will be important to embrace green hydrogen’s potential and contribute to global, national, and community discussion about the technology and its development. Along with that comes the opportunity to play advocate for smaller individual customers and our planet, which means confidently promoting green hydrogen’s benefits and opportunities – in plain English and with the goal of capturing the public’s imagination and support.

Investing in green hydrogen technology is the next step, including integrating the technology into distributed energy platforms (DER), since this is likely to be a major way green hydrogen is used in the future. Because green hydrogen is produced via renewable energy, being ready for its uptake means supporting solar, hydro, and wind-based electricity generation systems as well. Finally, carbon impact reporting will need to be adapted to include green hydrogen.

If the world can stay this course, green hydrogen could be truly transformational for our society, helping us move from polluting carbon energy production to an energy source that relies on the most basic element of life on Earth: plain, pure water. 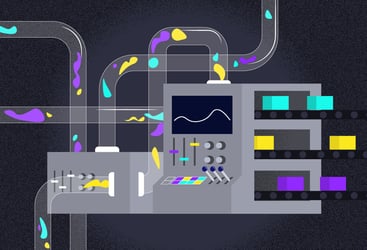 Think some energy consumers are simply too hard for your business to reach? Flux’s new FlexiBill product can help you reach and retain new customers, no matter how detailed their needs. 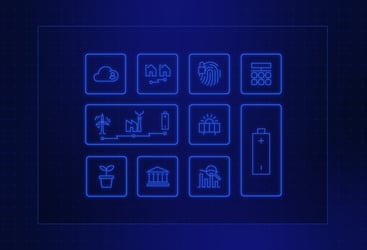 Invest to stay in the game: a blueprint for the energy transition

When making software decisions, many energy retailer’s legacy platforms have prioritised reducing cost to serve and opex. While important, this needs to be balanced against the ability to remain...