Making the most of distributed energy resources 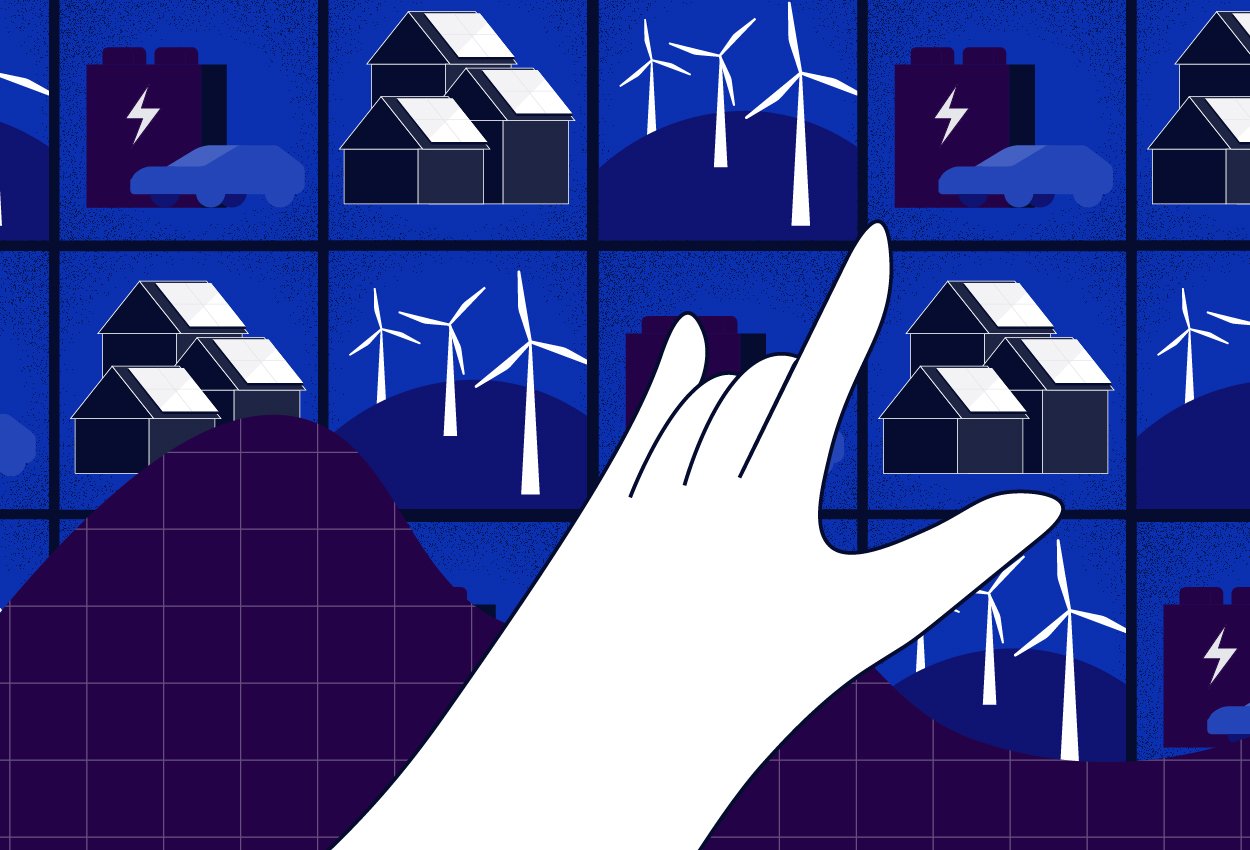 Distributed Energy Resources (DER) are democratising power production, access and consumption. Where once energy production and supply was limited to a lucky few, new technology means it’s now in the hands of everyone. This is good news for consumers - and, in the case of green energy sources, the planet - but what does it mean for retailers? How will you manage the complex billing structure inherent in a distributed energy market? And how can you ensure your business stays relevant in a constantly changing environment?

What are Distributed Energy Resources?

Until reasonably recently, most of the world’s electricity was generated at large hydro, coal or gas sites and distributed to consumers via a centralised grid. The drive to reduce carbon emissions, the growth of technology and new thinking about responding to consumer expectations and needs have turned that traditional model upside down.

While conventional energy generators are monolithic and distant, Distributed Energy Resources (DER) are smaller electricity-generating units closer to the point of use. They might be solar photovoltaic panels, wind generating units, biomass generators (fuelled with waste gas or industrial and agricultural by-products), small hydro schemes, diesel or biodiesel generators, batteries for energy storage or for electric vehicles that can be used to export power back to the grid or open and closed cycle gas turbines. Technology is changing and challenging the previous model in a number of ways, with the aim of creating a more sustainable, resilient, equitable and efficient system.

DER use is on the rise globally, as organisations and policy makers recognise the benefits of a decentralised, sustainable and diversified energy sector. Consumers are attracted by the autonomy, resilience, environmental benefits and cost savings that generating their ‘own’ power can provide. In many ways, DER are not new. Parts of New Zealand started using small-scale, local electricity systems to keep the lights on in the late 1880s. In Mataura, Southland, the Southland Frozen Meat Company started generating its own power in 1885. Around 30 private households and businesses paid to be connected to its supply and it also powered the local paper mill. By 1904, it was giving its surplus power to the nearby town of Gore.

More recently, the availability of DER and increased awareness of sustainability means households and businesses alike are investigating their options. In 2019, New Zealand already had more than 85 MW of distributed solar installed, half of which was installed in the previous two years.

According to the UN, 98GW of solar generation was installed globally in 2017, exceeding the 70GW of new fossil fuel generation built the same year by 40 per cent. Distributed energy generation is expected to make up 10 per cent of the world’s installed power generation by 2030, with this figure expected to be higher in developed nations. In Australia, millions of electricity users have already switched their allegiance to DER, particularly solar power. According to the Australian Energy Market Commission (AEMC), Australia has the highest amount of residential rooftop solar use in the world. In Queensland, around one-third of all homes have rooftop solar installed. The AEMC expects more than half of all Australian dwellings will have solar PV systems by 2050 and about a third will have energy storage. But there’s more happening than just solar, with electric vehicle pioneer Tesla getting involved with a virtual power plant in South Australia. The AEMC Electricity Network Transformation Roadmap projects that more than 40 percent of energy customers will use DER by 2027, and more than 60 per cent by 2050.

Further afield, Tesla has also applied to become a power generator in the UK, which industry experts believe signals a desire to build virtual power plants there. In 2019, the UK was estimated to have 4GW of DERs - which it would need to double to safeguard its national grid. A three-year programme, Distributed ReStart, is looking into whether DER can work alongside synchronous generators to restore power in the event of a total or partial national grid shutdown, with similar projects occurring in France and Austria. DER projects are also being explored across Asia and Africa, where they have the potential to bring stability to fragile networks.

What impact will DER have on energy retail?

Considering that the current system was designed for a small group of large energy generators, moving to one where almost anyone can produce and feed into the grid will not be without its challenges. Depending on the market they operate in, distributed energy networks may require regulatory change to get off the ground. Careful planning and management will be crucial, on both sides of the meter, to build resilient networks.

To keep up, energy retailers will be forced to re-examine the way they think about costs, business models and technology. For example, overall energy costs may fall, thanks to reduced network costs and the ability of ‘prosumers’ (consumers who actively use and produce electricity) to sell the power they produce back to the grid. The diversity of DER may also boost the resilience of existing systems, thanks to their ability to balance peaks and troughs of energy use through reducing demand or increasing supply. As a result, some consumers might be paid for allowing their energy storage systems to help stabilise the grid at peak times.

How can Flux's FlexiBill help energy retailers work with DER?

While embracing DER might bring much needed change to our energy industry and benefits to consumers, it will increase pressure on retailers to manage complex pricing structures, preserve customer relationships and stay ahead of their competitors.

In order to continue to configure and improve customer experiences, retailers need a smart and modern software platform. Traditional legacy platforms don’t allow for the flexibility or innovation required in today's market, slowing down retailers and inhibiting them from driving real value for their customers. That’s where Flux comes in. Its micro services and API based approach will mean that over the course of a customer's lifetime, it can bring down both cost to acquire and serve, while efficiently deploying added features that add value for a customer and continue to delight them for the course of their customer lifetime. Through smart integration, FlexiBill can either be deployed in parallel with retailers’ existing infrastructure, or as a system replacement.

FlexiBill enables retailers to manage all the complexities of a distributed energy market. Its key point of difference is the way it enables retailers to rapidly and automatically bill any tariff and pricing plan. FlexiBill allows retailers to tweak in-flight plans, whether they apply to one connection or across a huge fleet. This means an end to laborious re-modelling and uploading of changes so retailers can move faster, price smarter and provide a wider range of offerings for customers, whether they’re feeding energy into the grid or taking it out (or both). How? That’s simple. FlexiBill can automatically process any interval data it receives, meaning it can check connections against price plans and apply relevant charges and usage to generate a billable amount. Using FlexiBill means retailers can easily apply the right charges at the right time, to the right connections. It gives retailers the ability to change price plans at either a system or connection level. It also enables retailers to readily see the margin on each contract, which is useful for customer retention and revenue forecasting.

Thanks to a partnership with Amazon Web Services (AWS), Flux’s cloud-based delivery model allows for constant, faster, low risk product improvements. Flux is ISO 27001-certified, which means all its products comply with a globally-recognised information security standard. All testing is carried out within a safe and secure environment.

The growth of DER promises great things for the energy industry, especially for the businesses who are nimble enough to keep up with the pace of change. If your customers are keen on being part of the future - and you want to bring it to them - it’s best to get prepared or risk being left behind.

A decentralised energy market means increased complexity for retailers. Let Flux help you get your business ready for the future. Talk to us.

How smart tech is leading the shift to decarbonisation

According to the old Chinese proverb, the best time to plant a tree was 20 years ago. The second best time is now. Five years after the groundbreaking Paris Agreement saw nearly 200 countries sign...

We're backing the innovators. Are you with us?

As a vehicle to meet New Zealand’s 2050 net-zero emissions goals, the transition to renewable energy is now firmly in the fast lane. Gentailer giants Contact Energy and Meridian Energy are...

Imagine a world in which an ordinary energy user, inspired by the decarbonisation effort, requests their energy data be shared with their chosen solar installer. That installer analyses the data...