Who will be the Airbnb of energy?

Tom Goodwin wrote a TechCrunch blog which opened with this statement seven years ago, and it still rings true today. While the energy sector is only just beginning to see this level of disruption it remains pertinent; the company that breaks the mould in the sector in coming years will not necessarily own generation assets, distribution lines or have prior experience in energy retail.

Some established retailers have become so focused on the nuts and bolts of their operations that a disruptor could enter the market and leave them scrambling - just like the taxi industry when Uber began its rapid growth. While day-to-day operations are critically important for retailers, it’s important we do not lose sight of the changing needs of customers beyond receiving a bill for their energy use.

If your billing platform is taking up valuable time and resources just to manage business-as-usual operations, then that leaves little time for bigger thinking around changing value propositions and preparing for changes in energy technology.

As with the provision of most modern services, customers need it to be readily accessible, easy to use, and worth putting their time into. There are other, global, players that have already found ways to provide valuable customer propositions for a range of services, and they might just be the ones that disrupt the energy space.

Organisations such as Google and Apple are not energy companies in the traditional sense, but have growing interest in the sector. Their developments to achieve their own sustainability goals will no doubt create new energy technology that can be implemented wider.

THE POWER OF SOFTWARE

The new players launching pilot programmes that could dismantle the vertical model are what Tom Goodwin titled the ‘interface owners’ - companies that represent comparatively thin layers on top of vast supply systems.

These companies may have some energy experience, but it is their command of software and building an accessible and user-friendly platform that will ultimately break the traditional energy model.

The growing software industry cannot be ignored by companies that rely on it, as they could potentially be disrupted by it.

Revenue in the software market is projected to reach US $608.7 billion this year. Enterprise software is the largest segment of the growing market, expected to account for US $243.3 billion of the total. By 2027 the entire market is forecast to reach a market volume of US $806.2 billion.

Virtual Power Plants (VPPs) represent multiple, geographically distributed sources of power which are controlled by remote aggregation and control software. The key to a successfully operating VPP is having a highly functional VPP platform, which controls the distributed energy resources in response to market signals, such as wholesale prices or grid constraints.

A company that manages a VPP does not need to own the power generation, the property that the distributed energy resources sit on, or even the lines that distribute power to the different VPP participants.

But if it creates a platform that is easy to use and demonstrates cost savings to users, then it can attract customers without having to cover costs of the generation, properties and power lines that enable it.

Pilot projects centred around multiple trading relationships (MTRs), are also starting to appear. An MTR is another means for excess distributed generation to be shared by contracting with more than one power supplier at a single location.

A world-first MTR pilot project began in New Zealand’s Hawke’s Bay in May, backed by future energy centre Ara Ake, to determine if it could be an option for reducing costs and driving more competition into the retail market.

The pilot project is working with a Hawke’s Bay farmer, who has five electricity connection points on his property as well as two solar installations. The aim will be for the farmer to share his electricity with others in the community who are using different energy retailers.

While these ideas are mostly in the pilot stage, it is worthwhile for the sector to be closely watching their development and thinking about how they might impact their business.

The key identifier of this new energy economy is the move away from the traditional linear energy generation and distribution model to more multi-directional interactions.

This new model allows the participants to play multiple roles and create a much more active marketplace. With the development of new energy technologies, such as VPPs, MTRs and other options, there will still be the requirement to transact and bill the services in a pain-free way for the end user.

Consumers’ excitement for these new propositions would quickly wane if they started receiving multiple bills for participating in all of them. The way the Flux billing platform has been created means that it can easily be used to design a new tariff for any type of new technology.

One way to get ahead of the game is to partner with a software provider that can flex to meet the requirements of new energy technologies.

If you’re interested to know more or see a proof of concept, contact Flux today to see how we can prepare you for the new energy future. 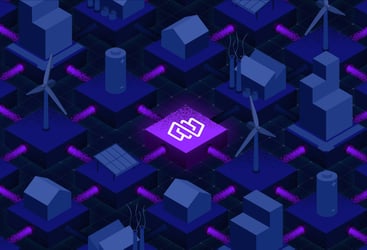 How smart tech is leading the shift to decarbonisation

According to the old Chinese proverb, the best time to plant a tree was 20 years ago. The second best time is now. Five years after the groundbreaking Paris Agreement saw nearly 200 countries sign a... 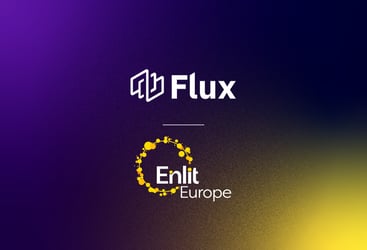 Navigating the UK energy sector in 2022

Last year was a tumultuous time for the UK energy sector. In some cases, this is set to continue, especially with continued uncertainty with gas supply issues.